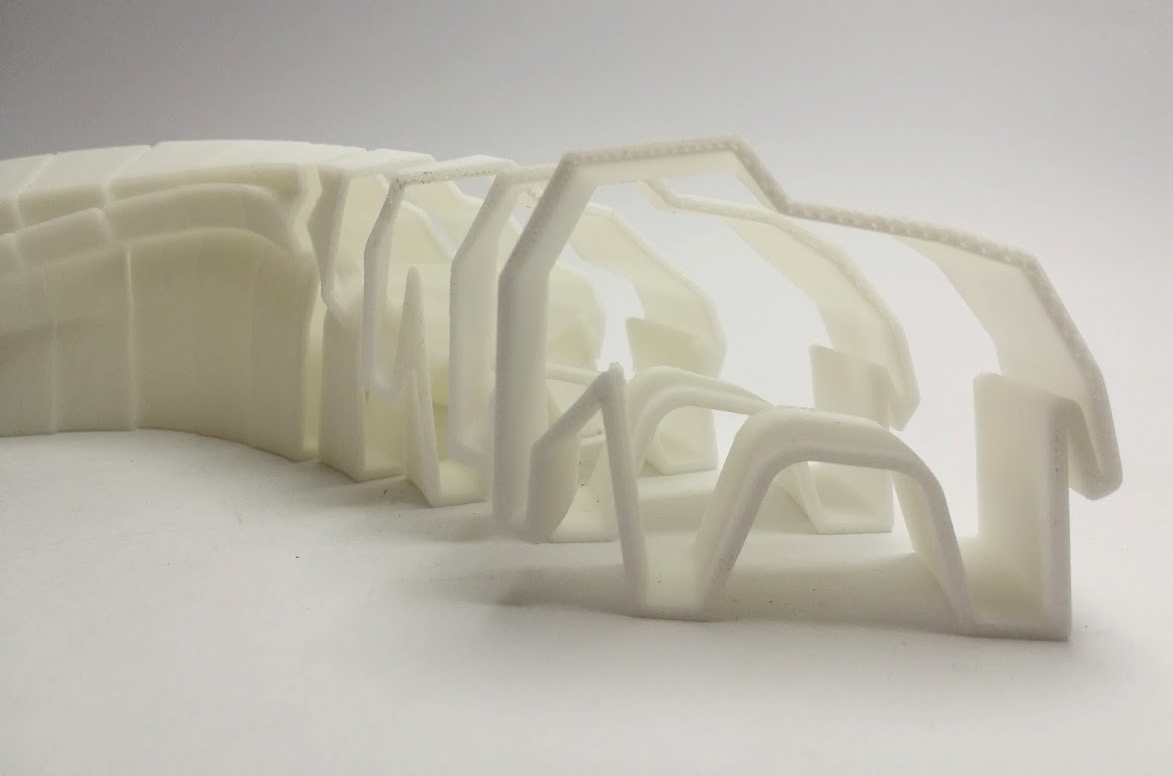 The project is Referring a traditional technique called “Reifendrehen” which is used for producing small wooden animal toys in the Ore mountain area in Germany.
In the traditional technique a turned wood in the outline of an animal is being sliced to small slices from which the finished figures are made by carving and painting.
The Ark of Noah is a ring of animals with a changing profile going trough the different outlines. Each animal sliced from this ring is different and between the the animals hybrids are being created.
In this Ark there are no binary couples and no clear boarder between species.

Explanation about the traditional Reifendrehen technique